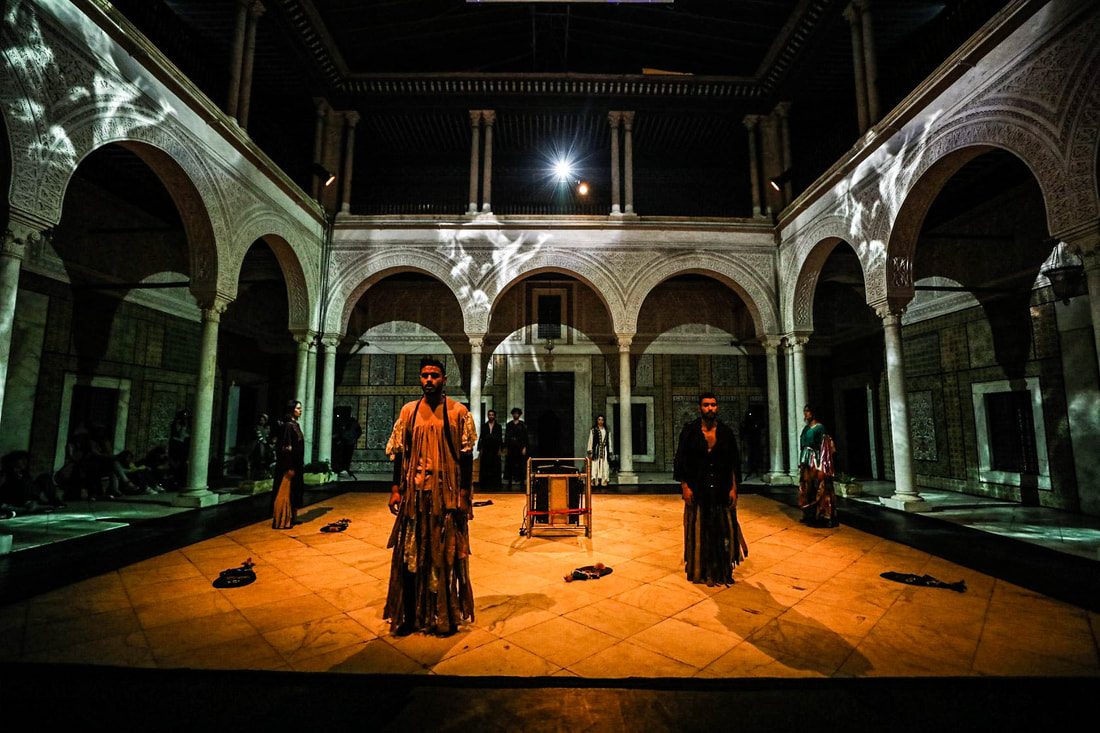 In this performance,  The dancer will be covered in textile while performing in 3 different areas of the patio, She will be interacting with her projected shadow, each part of the performance is going to last 6 minutes (360 seconds- 360 is a full cycle, cercle)

From the viewer’s perspective, it will represent the shape of a strange object in motion, as previously mentionned the body will be covered in textile. The perception of the viewer can be different, depending on the angle they are observing from. The goal is that the observer isn’t supposed to fathom from the start whether it’s a female body in movement or something else.

The artwork is a representation of a cyclical perception of time; representing three phases Birth,expansion and disintegration. throughout the torsion and perambulation of a female body along with the different effects of the projected light.

This artwork is inspired by “the lost painting”, a painting discovered online illustrating a naked woman with an army officer. Artnet website states that the baron derlanger was the original painter, other sources deny this information. Any object in nature is experiencing the same cycles when it comes to its relationship with time. Birth to expansion to disintegration, leading to the birth of another cycle.Unlike any other object, the female body is still a subject of debate and discussion through time.